It does not involve a stroller that keeps my watermelon cold. Are refrigerators going out of style?

So far as we can tell, this here watermelon cart (priced at ¥19,950, or a whopping $231) serves to keep your voluptuous fruit cool when being transported from market to mouth, but everything beyond that is lost in translation.

Did anyone try D’Agostino‘s heart-shaped pizza?  Such a silly treat, but so darn good! 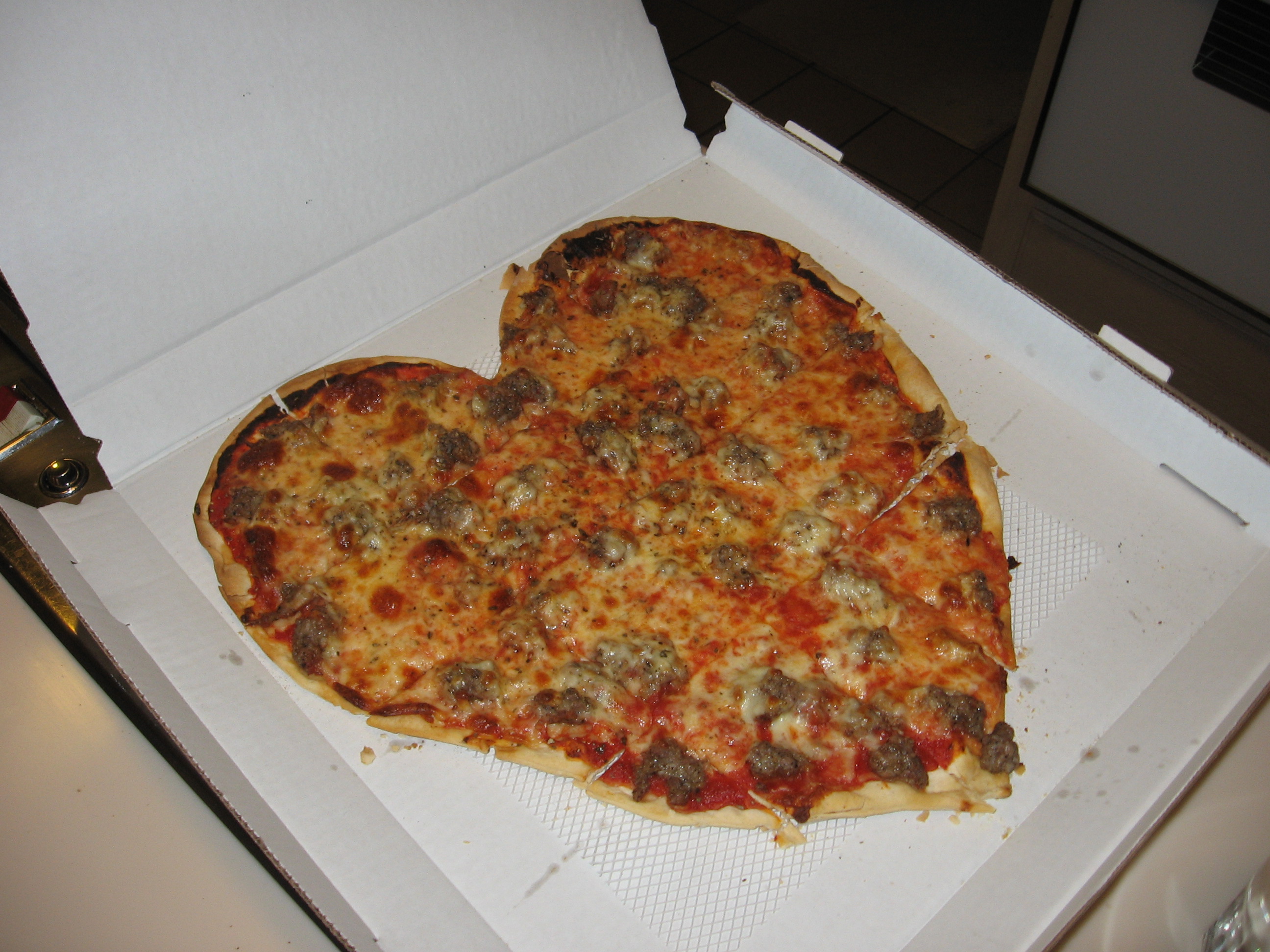 Subscribe to their text messages for great monthly deals, too!

Don’t miss the full report  on the next best thing to come out of Texas (but still a far second to Shiner beer, in my opinion), the Frozen Pickle Pop. Yes, some entrepreneur has juiced and frozen the salty snack for consumption. “Bob’s Pickle Pops,” made from pressed pickles and pickle juice, is a dream-come-true for those who prefer their frozen treats sour and salty to sweet and sugary. Loving pickles is the only prerequisite. Howard created them at his “Outerskate Rollerink” in Seguin, a town 35 miles east of San Antonio that dates back to the days of the Republic. Texans, he says, have a long-standing and cherished relationship with pickles and the juices they’re pickled in: “There are pickle juice Sno-Cones at fairs and carnivals all over Texas.”

Pickle juice, whose main ingredient is vinegar, with added water, salt, sugar and spices like dill, garlic, onion, coriander seeds and cloves, has ardent and inventive fans. They put it in tuna and potato salads, add it to sauces and dips, and blend it with oil for homemade salad dressing. They marinate soft cheeses and hard-boiled eggs in it. They braise, steam and poach with it. They swear it cures hangovers. The greatest ideas always seem to be the most obvious, so it’s hard to believe that Howard and his brother-in-law, David Millar, were the only ones who thought about freezing and packaging this versatile elixir.

Our little baking group got the nod from the Washington Post today! Read more about online baking communities like ours here.

I had one Wednesday not long ago that was just one of those days.  It started with a very frustrating call from my realtor (nine days before closing!), followed by a  frustrating conference call, a do-it-yourself plant arrangement (how many Senior Staff Writers can say they’ve arranged Birds of Paradise and orchids with their executive directors?)  and finally a Norwegian man who walked into my office seeking asylum from a private company (we’re a professional society, not a church).  I needed something sweet.

So when I happened upon SugarBliss on my way to the train station, I found a $10 bill in the bottom of my wallet and picked two: lemon drop and Texas red velvet.  They are both fabulous: dense and light at the same time, sugary sweet, made with real ingredients, and TONS of frosting.  Perfect!

(The menu also lists frosting shots for $1, which I feel might be in my future, as well as breakfast cupcakes.  I’ll have to investigate that further.)

Yet another day called for more of the same, but with limited cash on me I popped for just one cupcake to eat on the train going home:  orange creamsicle.  It made me a bit nervous, but it was the best available option.  It did not disappoint. The frosting alone was a bit cloying, but eaten with the delicate vanilla cake it was delightful – the cake totally mellowed out the frosting and I was one happy commuter.  I just wish they had better packaging for a single cupcake fix so that I wasn’t forced to lick frosting off the bag on the train.

The New York Times recently previewed a book, due out later this month, in which an anthropologist proposes that cooking is what separates man from ape. Tool-making and meat-eating are all well and good, this Harvard professor suggests, but it’s cooking foods over a fire that enabled higher development.

“Catching Fire: How Cooking Made Us Human” explains that cooking made foods richer and healthier as long ago as 1.8 million years. Foods became softer, safer and more nutritious. Though no evidence of fire dates that far back, Dr. Ricahrd Wrangham says biology suggests cooking is just that old – that’s when man’s body type changed from apelike proportions with a big gut to upright bodies topped by larger brains. Teeth got smaller, too, suggesting that they weren’t as needed for chewing because foods were softer – because they were cooked.

I’m not sure how I feel about his theory (keep in mind that the doctor has also lived like a chimp, eating only what he found, while he studied the animals – this included eating raw monkey that the other chimps had cast off – eewww), but I like the idea of cooking as an social tradition that has always shaped our development; it continues to shape families and dictate traditions today. I think about this when I consider the Tuesdays with Dorie experiment, and how 200+ young cooks in various corners of the world are all learning to bake because one woman wrote one book.  Dorie’s labor of love will no doubt become the center of family traditions. It’s exciting to think that this little blog is part of that grand idea.

My friend Ken Patchen recently wrote a guest column for the Illinois Agri-News, recalling the various vegetable gardens that have shaped his life: A gradeschool friend’s mom’s where the boys picked grapes and made jelly, his mother-in-law’s carrot patch where fruit stayed in the ground well into December, Ken’s garden that enabled them to continuation her family’s canning tradition, the plot his daughter used to explore her taste for obscure vegetables (and to test her father’s patience, no doubt),  and now the container garden that Ken’s daughter is sharing with his granddaughter in an urban setting.

“Growing a garden is an inter-generational act of faith, reflects a sense of hope, offers exercise, creates memories and puts food and great taste on the table in hard times,” Ken explained as he commended the White House for planting its table garden this spring.  The First Garden likely won’t make a dent in the national deficit, but it will undoubtedly remind parents and grandparents of how they spent their summer days and prompt them to reconsider what their children will remember about this summer.

I guess in a way that’s how I think about cooking, and I thank Ken for helping me to understand that.  I’m still planning my summer garden; I’ve yet to really identify what I’ll have and what kind of containers I’ll use. But my house on McCraren Road always had a garden when I was young (actually, it still does), and I wouldn’t know what else to do with the space now that I have a home of my own.

There are some days when you smack your forehead and say “Why didn’t I think of that?!?”  Click here to check out Bacon Du Jour and see if this is one of those days. It’s the latest project by one member of the Association for Women Journalists Chicago Chapter.

The concept is simple: every day they wrap something in bacon to see if it  tastes better that way. They take a photo and then  rate it using a bacon pun.

I was sad that the bacon-wrapped Peep didn’t work so well,  and  kind of grossed out by the bacon-wrapped pickle, and still other pairings have been inspired in a college dorm food sort of way.  But the site never fails to fascinate me in a way that makes people walking past my office wonder why I am making that face.  That must mean it’s a good site. 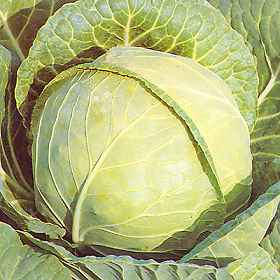 It’s no secret that I hate grocery shopping, and based on the breakfast served in my household this morning, it’s obvious that it’s been too long since my list trip to the store: I enjoyed a 100 Calories pack of Doritos, while the Other Eater in my Household went for a handful of jellybeans.

I’m thinking about topping off my Doritos with a tasty Halloween find from my last trip to Target, Pumpkin Spice Hershey Kisses. They are SO much better than I expected.

The Kiss itself is orange on the outside, and if you have the patience to bite one in half (but I understand that normal people pop the whole thing all at once, if not a few at a time) you’ll find white chocolate on the inside.  That’s the part that is spiced with all the good fall flavors, like cinnamon and nutmeg.

Prediction: the bag will not last the week at my house.

I’m not the only one who likes them!  Check out this blog to see what all is happening in Hershey.