I hate to say this, but my rice pudding was more like sweet stew – it never thickened!! 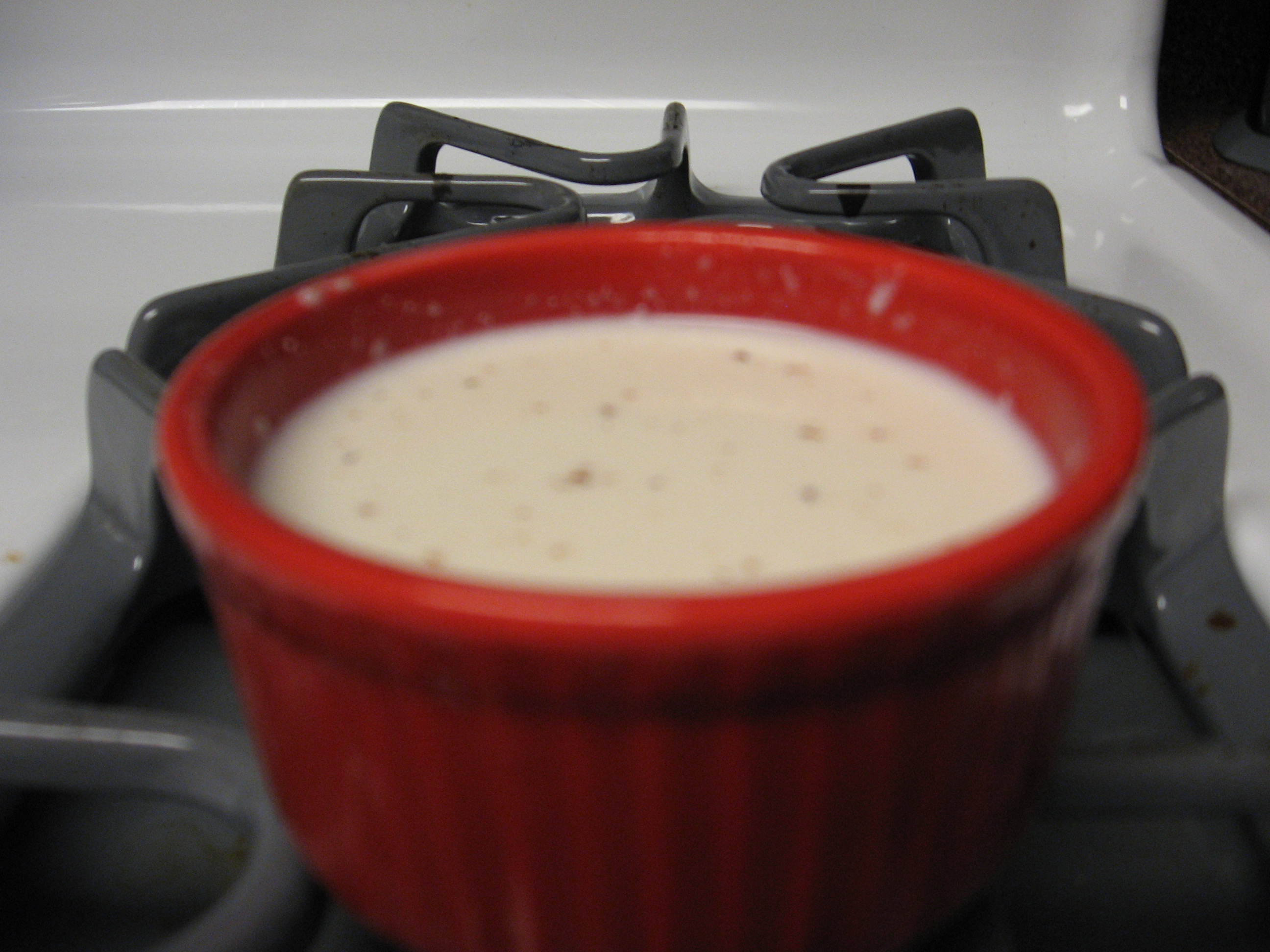 I guess my problem was common, and I highly recommend people with rice pudding tendencies check here to see what other people did to make this work.  The liquid was delicious, though, so I’m eager to try again someday because I L-O-V-E rice pudding.

It looked nice, though.

Have truer words ever been spoken?
It is the eternal cure for the stomach flu.
It identifies in no uncertain terms the pot-luck participant who doesn’t cook.
It’s got a hand in a great office prank (thanks to Derrick and Jenni for illustrating this one).
It does not, however, satisfy the sweet tooth of a hard-cord weight loss seeker, even when prepared with diet soda and whipped topping.
Sorry, Hungry Girl.
Having had such success with the shrimp and asparagus corn chowder in the Hungry Girl cookbook (recipes and Survival Strategies for Guilt-Free Eating in the Real World), I went a little wild and made two desserts from the cookbook in one evening – I know, I know, hold me back.
The first was a southern-style banana pudding with sliced fresh bananas, vanilla wafer cookies and pudding, which topped with the new Cool Whip in a spray can. 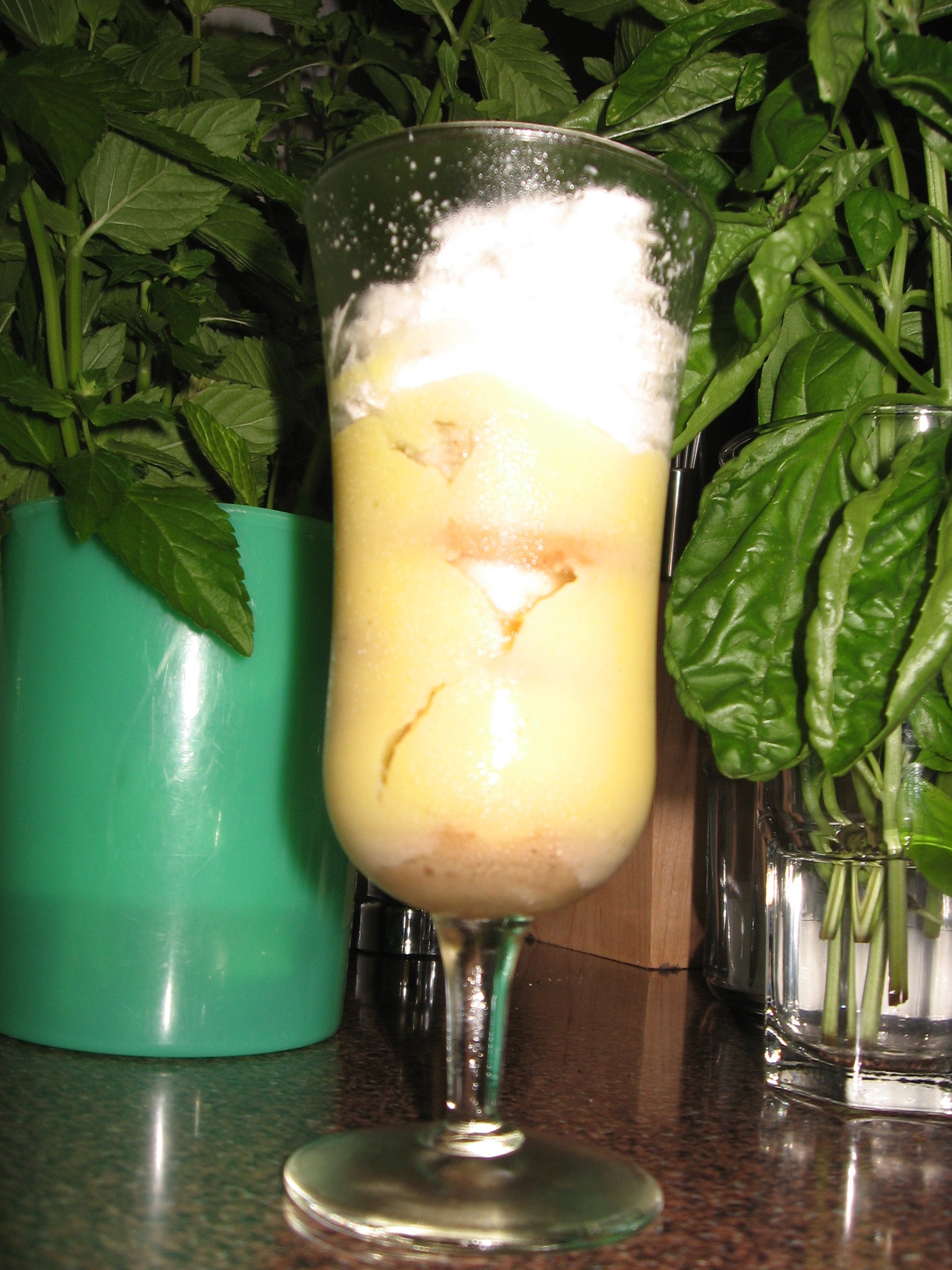 This was delicious in a fat-free-sugar-free-pudding-kind-of-way, and went over very big with the other eater in my household, as well. I used parfait glasses to stack 4 slices of bananas and 4 cookies in the glass before I dumped pudding over the top. I think I‘d even serve it for a small dinner party with close friends.
But the jell-o dessert was a disaster. I made a special trip to the store for unusual ingredients because it sounded so promising: sugar free jell-o, diet cream soda, and Cool Whip. It’s not bad enough to throw away (thanks, Dad, for that Depression-era mentality), but I found the soda overly sweet and the portion size totally unsatisfying. I was hoping it would be more like pudding than jell-o and thus become a new comfort food, but such is life.
But I’m still two-for-three in this cookbook, so I’ll keep trying.