Did anyone try D’Agostino‘s heart-shaped pizza?  Such a silly treat, but so darn good!

Subscribe to their text messages for great monthly deals, too! 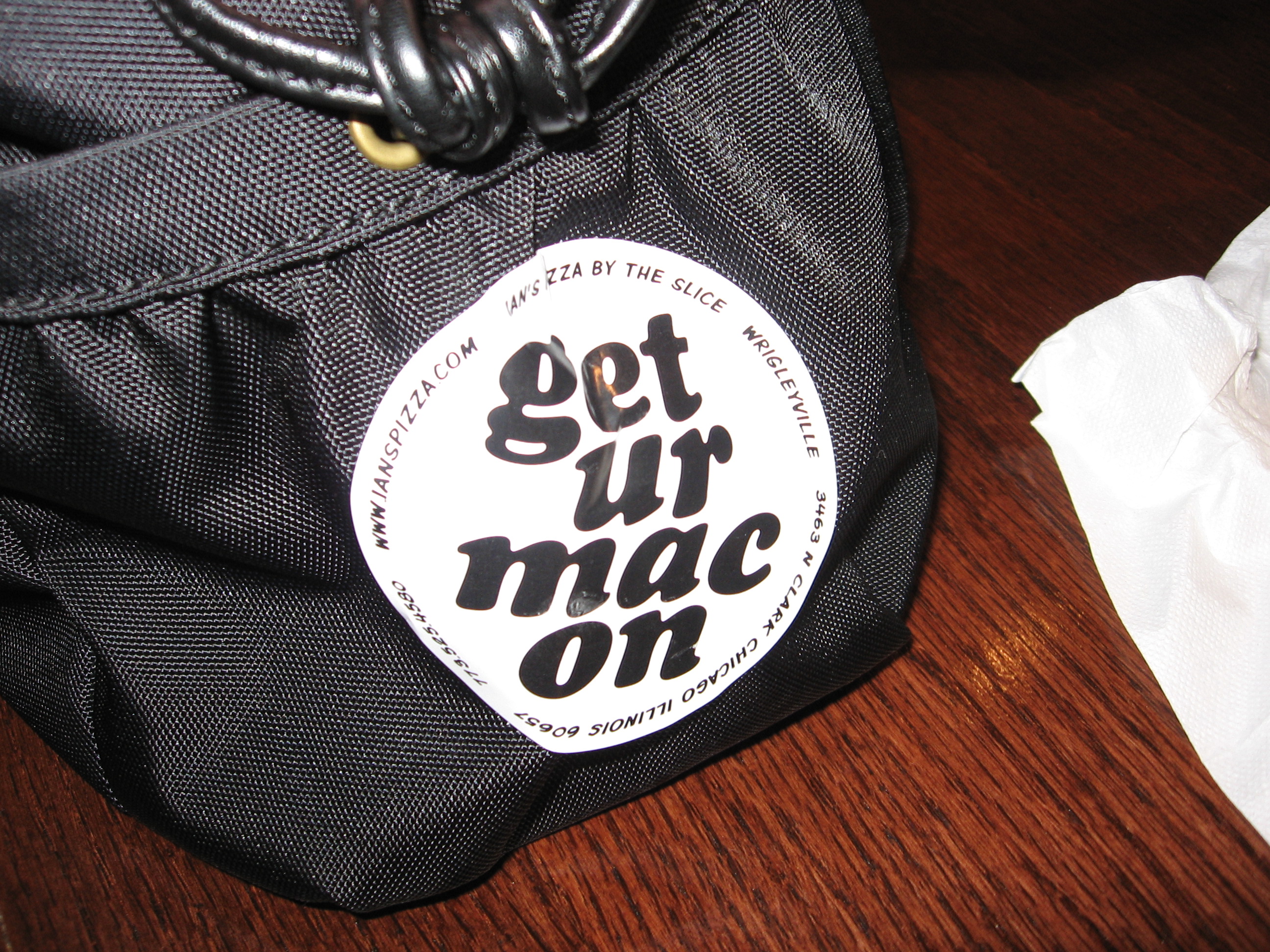 I’m sure I found this recipe for orzo salad because I was looking for something to do with all the fresh mint that grows from my window boxes (gotta love townhouse living), but it solved so many of my food problems this weekend:

Also, I served it with a yummy lime spritzer. 10 Cane white rum makes everything better.

I’m a sucker for dinner out, no doubt – anyone who brings me a meal I do not need to cook, on a real plate, and does not ask me to wash a dish after said meal, is fine with me. So sure, I guess my standards aren’t too high.

But Union Pizzeria met them all with flying colors. This Evanston restaurant was written up in the May 2008 issue of Chicago Magazine, and the pizza description alone was enough to get my attention. I left the review on the refrigerator for a about a month – a hint to my Roommate that I’d like to go there – but when he failed to get my hint I got more forceful Saturday afternoon (it helped my cause considerably that he had just woken me up from my nap and had exercised less than desirable sleeping habits the night before and was feeling REALLY guilty).

So, we went. The menu is small and slightly vague, so at our waitress’s recommendation we ordered one pizza to share and two small plates to go with it: Pizza Margherita with fresh mozzarella; homemade sausage and peppers, served with the freshest pesto sauce ever; and marinated Italian olives.

The pizza was light and crisp with tomatoes that tasted like they had been picked that very afternoon from a sunny garden. The sausage was good, too, in a sausage way – totally different from the light pizza way. But the olives were a draw: the olives themselves were good, the fennel was god, but the orange zest marinated was a mismatch, I thought. I give them point for an intriguing menu option with a reasonable price tag (for $3, it was an acceptable error) but I didn’t love it. My roommate thought they were good, but the cereal bowl was a few too many olives for one man to eat alone.

“I guess we should have tried the beets,” he said on the way out. Golden roasted beets were the Option B we passed on, and in hindsight should have been Option A. But that misjudgment (as well as the prosciutto pizza) just gives us a reason to go back. And we will go back (I’m talkin’ to you, Roommate!).

Dessert was equally decadent, so ask what they’re serving and save room if it sounds good. I had a polenta pound cake, warm from the pizza oven, with fresh peach compote and whipped cream. Heavenly.