Does that ever happen to anyone else? I made Real Simple magazine’s grilled potato and onion salad and it was delicious.  Just as simple as they promised, too, and a nice way to christen The Other Eater’s birthday gift, a mesh grill pan.  However, I think I need a dinner stylist. Because while dinner was delightful, it didn’t look so good: 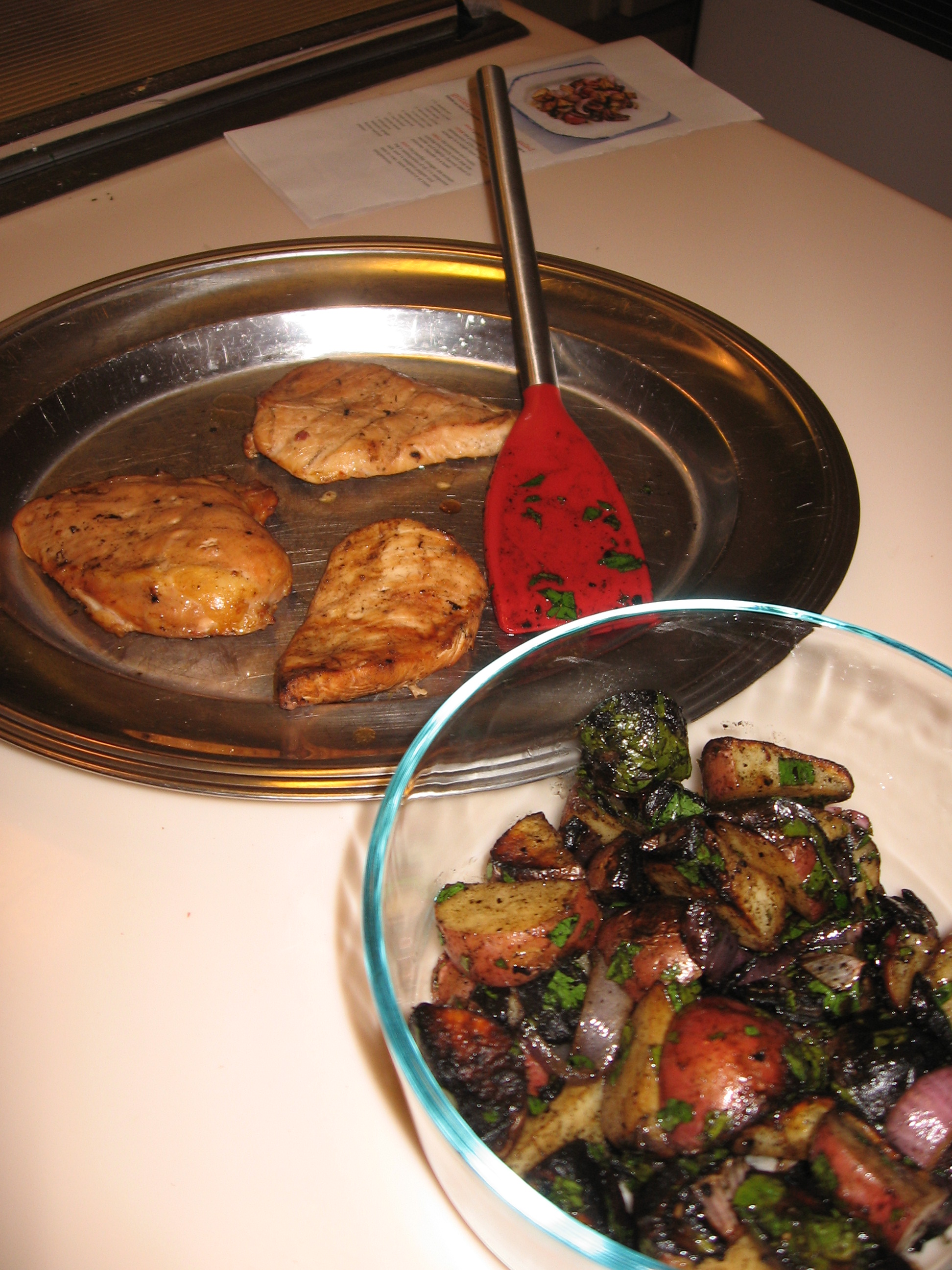 I hope my art won’t stop you from trying the potato salad, though.  It’s a good find.

oh, honey-peach ice cream, how do I love thee? Let me count the ways…This was seriously the best weekend treat I could have asked for.  I fire up the ice cream maker a lot during the summer, and previously my favorite was Nutella ice cream.  But now that Dorie has given me this, I’m not so sure.

Even though I used frozen peaches (it’s too easly for fresh peaches in this part of the country, and frozen peaches come already skinned. SCORE!) for this treat, I found it wonderful.  I like to think it’s the locally produced farmers market honey I used,  rather than that flavorless glop that comes in the plastic bear.  The ice cream was rich and fresh and summer-tasting.  I can’t wait to make it again!

So, to justify my passion, I found several health benefits to my indulgence (via DinineCaroline and Health24):

So, eat up, readers! Visit Brown Interior for the recipe – she added amaretto to her ice cream! Might this be another place for my beloved bourbon?

I love Your Unemployed Daughter for a number of reasons, not the least of them being that she never fails to make me laugh out loud at work, most often when the Executive Director is coming around the corner and I have to explain why I am giggling in an otherwise empty room. YUD is a media professional, a young woman and a friend-of-a-friend, so I feel an odd closeness to her. I bet her twitter follows @APStylebook, too.

But one recent post was especially dear to my hear – inspired by a meatball assault! 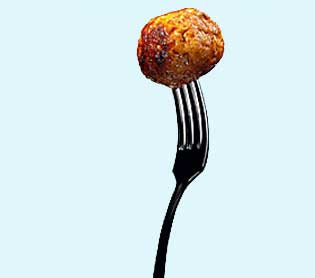 Oh, baking friends, where do the weeks go? I SWEAR there was no Tuesday this week – nope…skipped right from Monday to Wednesday.  That’s GOT to be the reason I am so far behind in these lovely desserts.

I’ve got a few to catch up on, so here goes.

The cinnamon squares were a hit, especially because they fill only a 9″ pan. Any more I think would be overload, but the cake is not dry, the chocolate is not too bitter, and the cinnamon is it spectacular self! It is my favorite flavor in the whole world. Thanks to Tracey for selecting it and posting the recipe on her Web site.

I once heard that a fraternity hazed freshman by making them swallow a whole tablespoon of cinnamon, and it didn’t sound too bad to me – that’s how much I love the flavor. I buy good cinnamon, too, from the Spice House.  It’s so much more flavorful than the stale stuff in the grocery store.  One whiff inside the store and you understand why it’s worth the trip (or the shipping charge if you buy online).

But I think the cake is perfect not just because of the featured ingredient but because of the combination of cinnamon and chocolate in such perfect proportions (even though I clearly need to practice scooping half of the batter into the pan before I sprinkle in the cinnamon/coffee/sugar/chocolate layer, as you can see that mine is a little too close to the bottom of the pan. Oops).  The chocolate frosting is this hardened combination of chocolate and butter that I hope to replicate on many dessert. I can see it on cupcakes, banana bread, peanut butter cookies…