Does that ever happen to anyone else? I made Real Simple magazine’s grilled potato and onion salad and it was delicious.  Just as simple as they promised, too, and a nice way to christen The Other Eater’s birthday gift, a mesh grill pan.  However, I think I need a dinner stylist. Because while dinner was delightful, it didn’t look so good:

I hope my art won’t stop you from trying the potato salad, though.  It’s a good find. 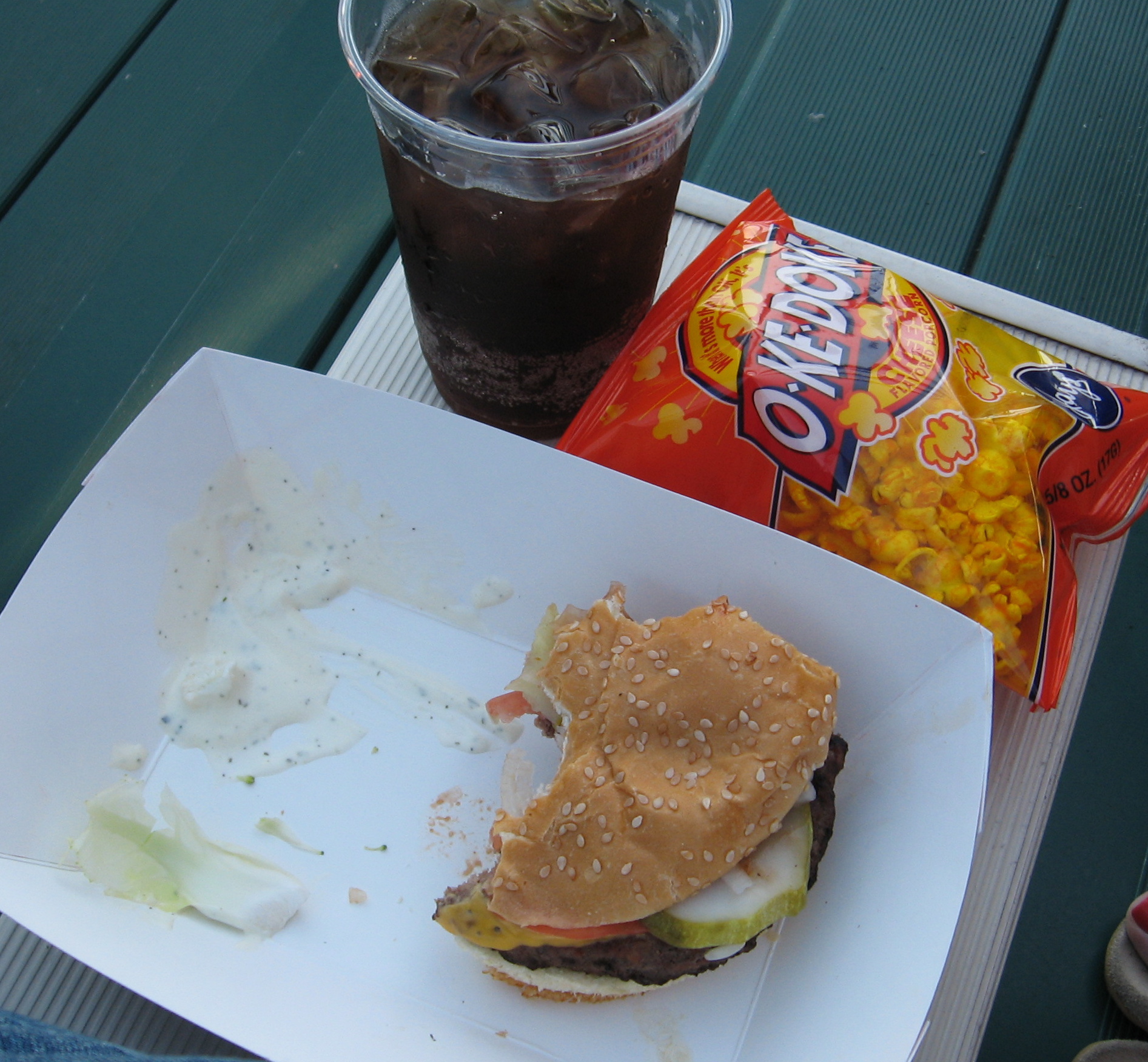