I had such high hopes for these, but they failed me on various levels: 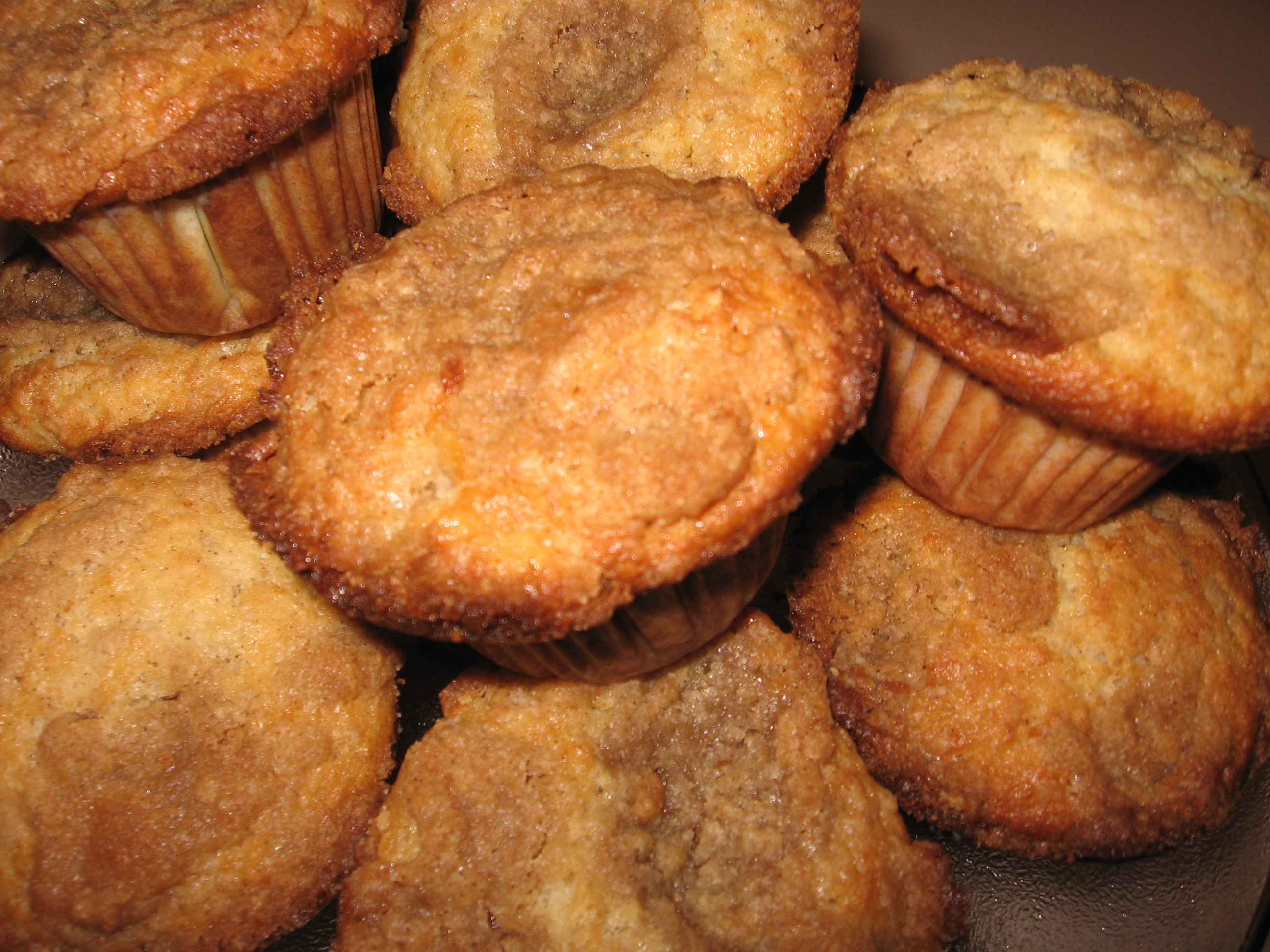 1) My crumbs were runny, turning to crusty when the muffins cooled.

2)  The muffins were excellent warm, but kind of dry when they cooled off. I needed coffee to go with them later in the week. Would the lemon zest have made a difference? I didn’t have any in the house!

3) Without the crumbs, the muffins were kind of dull. Nice with coffee, but not the kind of thing I was eager to eat in the car on the way to the train in the morning.

But I have high hopes for the sweet potato biscuits I’ll make Sunday when I return from Nashville!

Like many of my TWD colleagues, the idea of having a whole cake in my house is not appealing. I’m not really the kind of person who makes a whole cake just for fun, and so rather than gobble the whole thing down it tends to dry out and tie up valuable real estate in my refrigerator. This is especially gross when the cake has a lot of dairy it in that gets crusty and makes the whole fridge smell. 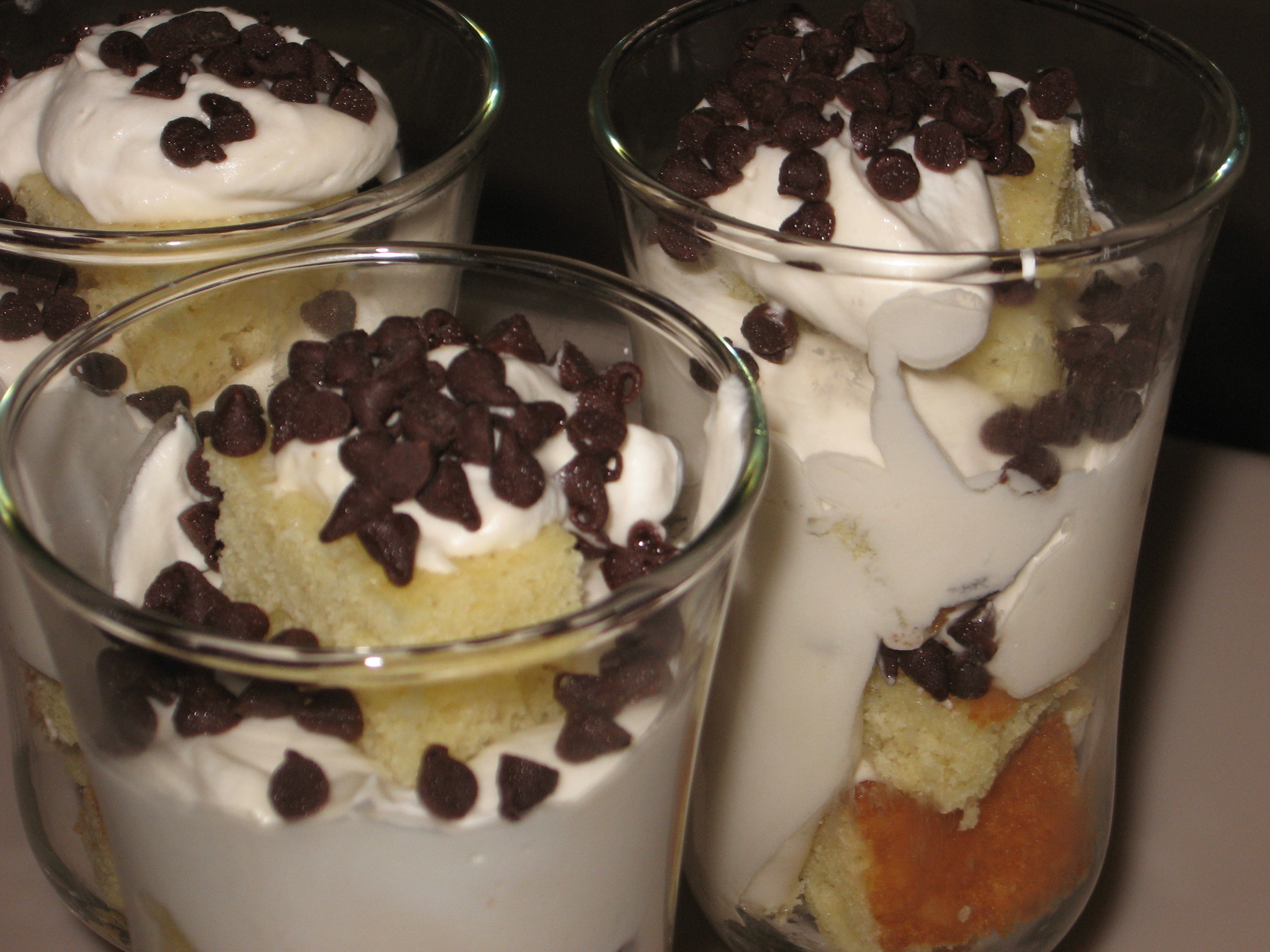 A parfait, on the other hand, lasts mere hours before my will power caves in an I am licking the glass clean (no wonder the dessert’s name translates to “perfect”). Many thanks to Megan of My Baking Adventures for picking this week’s Tiramisu Cake recipe recipe, and posting it on her blog. Tiramisu literally means “pick-me-up” and even though I left out all of the espresso powder the pure pleasure of indulging in this treat on a sunny Sunday evening lifted my spirits.

I spread Dorie’s fabulous vanilla cake batter into a 13×9 baking pan and made a really shallow sheet cake that I cubed and tossed into parfait glasses (which I had previously purchased at the local church-run consignment store for 25 cents each). I scrapped the espresso syrup and extract in favor of Starbucks liqueur I had in the house, and layered the cake with the filling and the mini chocolate chips, as Dorie recommended.  It was a hit at Sunday dinner with The Other Eater in my household and his mom! Light and fluffy, just the right portions and not too rich to stomach after a nice dinner and a walk through the neighborhood on one of the first really great spring days of the year.

(Earlier in the meal we tore into the [frozen] fresh mango bread that my TWD colleagues will be making later this month – what a treat! More about that later….) 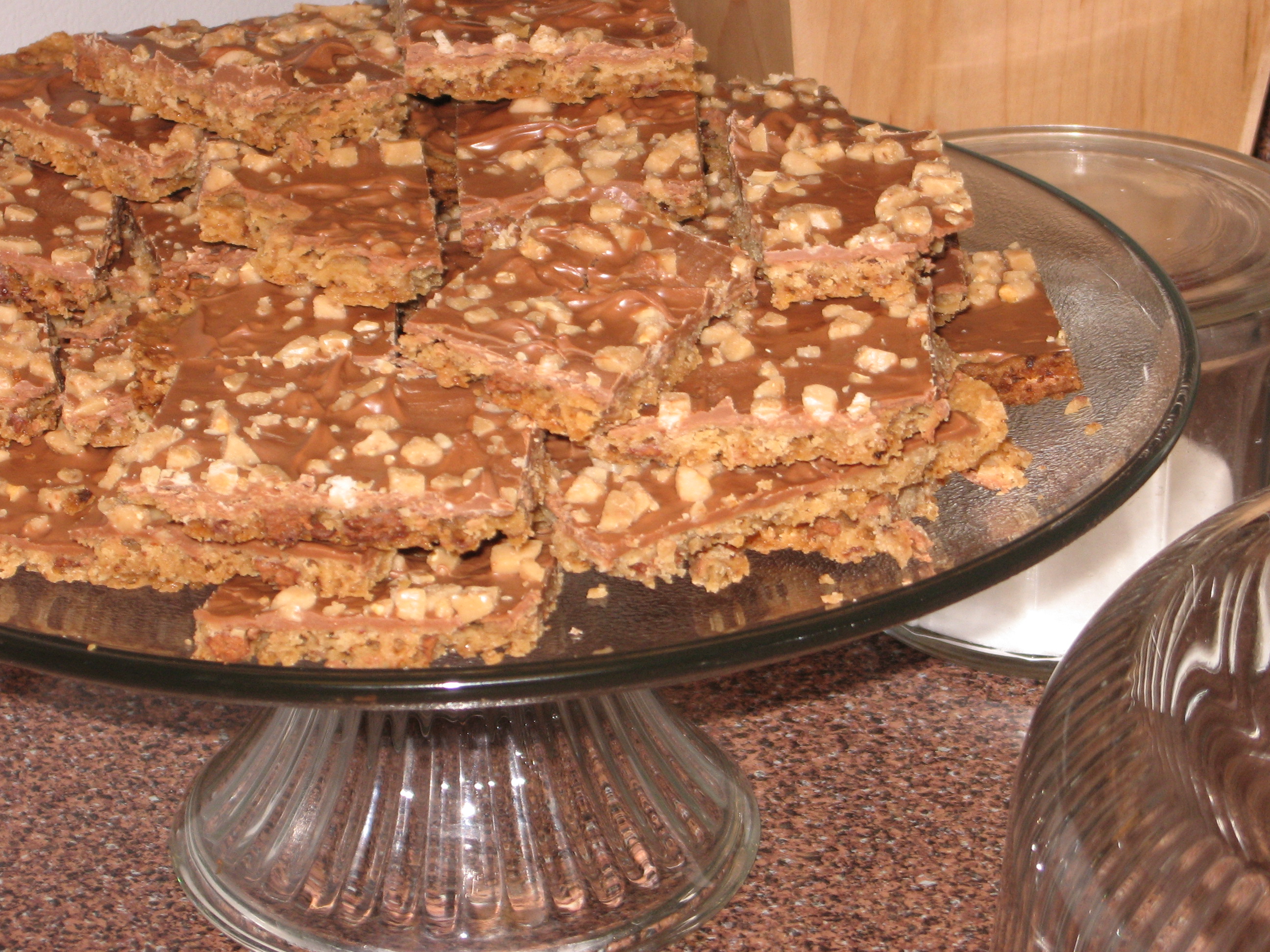 It’s definitely fall where I live (dark mornings, fog, apples at the farmers markets, etc), and some of the neighbors have started pulling out the Halloween decorations. But this is just gross.

As the Iowa-based Gazette reports, An Eastern Iowa woman had more of a jolt than usual from her morning coffee when she found a BAT IN THE COFFEE GROUNDS.

The Iowa Department of Public Health reports that the woman had seen a bat in her house, but wasn’t particularly concerned about it.

She turned on her automatic coffee maker, went to bed and drank her coffee as usual the next morning.

When she removed the coffee filter that night, however, she discovered a dead bat in the filter that had gone through that morning’s brew cycle.

The woman received rabies shots as a precaution because the brewing process obliterated most of the bat’s brain, which is what they use to test the animal for rabies.