Many thanks for the warm welcome I’ve received from the other TWD bakers.  Not only did they reaffirm my participation in this online project, but their sites provided a great way count down a quiet Friday afternoon in the office. I’ve already found some great recipes I am eager to try!

The first one I tackled was the oven-free Oreo cookie treats I found at Baking and Boys! The list of ingredients was short so I threw them together Friday after work.  They likely will not last through the weekend because they are so good! You can find the recipe here. 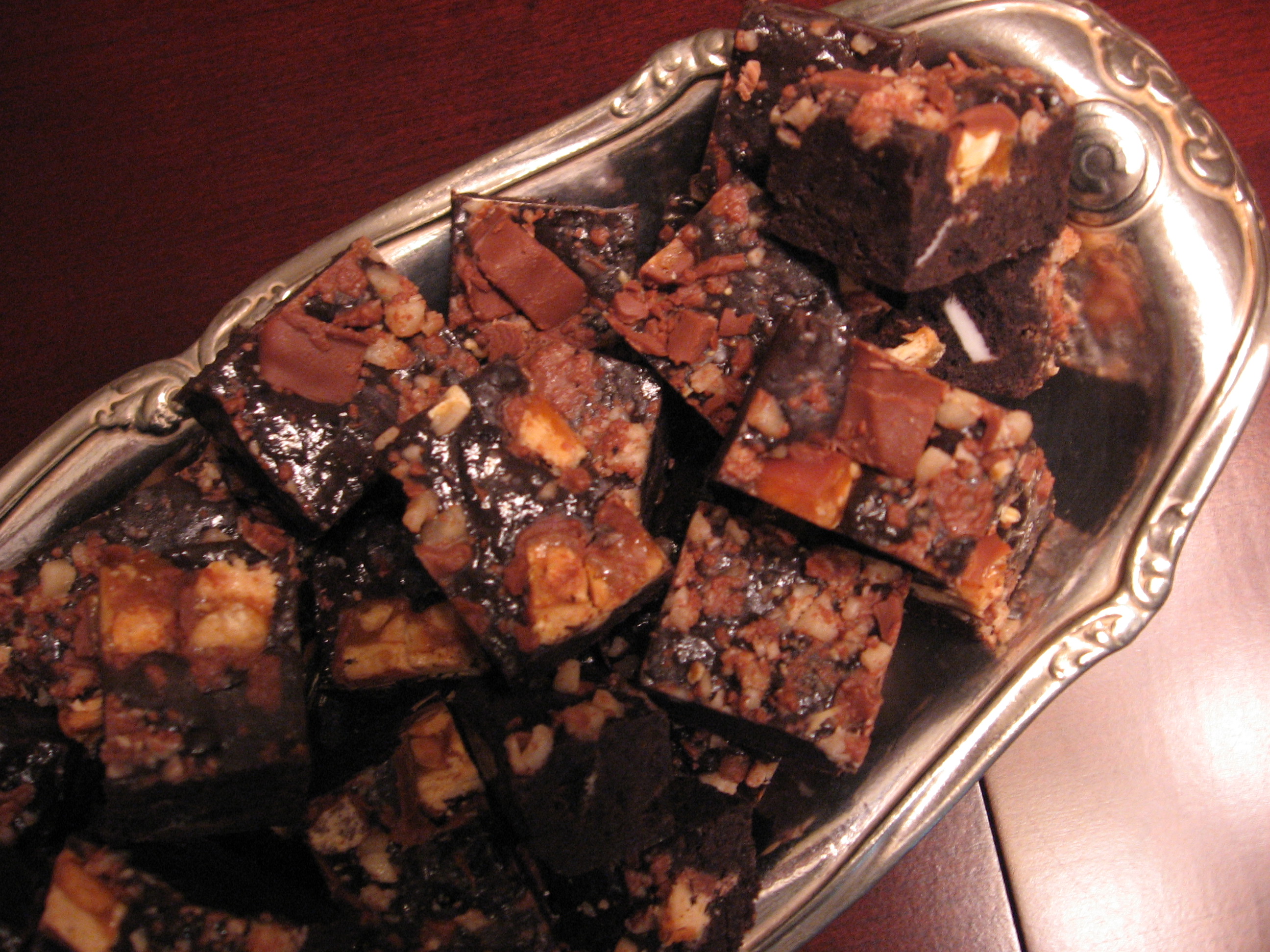 One taster described them this way: if you think of a continuum of chocolate density where chocolate cake is at one end, brownies are in the center, and fudge is at the opposite end, these are somewhere between brownies and fudge. You can definitely detect an Oreo flavor and a breadcrumb-like presence in the batter, but they are not quite as cakey as a brownie.

I took Baking and Boys!’ advice and used a few extra cookies, coarsely chopped, for a dramatic effect when you cut into them, and they look great! For the candy topping, I used a handful of crumbled toffee I had leftover from an ice cream machine experiment as well as one Snickers bar, and it was great – but think of how cute they would be with Halloween candy or gummy worms for a Worms and Dirt dessert.

Also, considering what’s in them and how easy they were to make, I think they look pretty classy in a silver tray.