Technically this week’s TWD selection was a plum cake, but Dorie’s margin notes said I could just as easily change up a few of the spices and make a peach cake rather than a plum cake. I did, and I was pleased. I am very glad Michelle of Bake-en choose it. 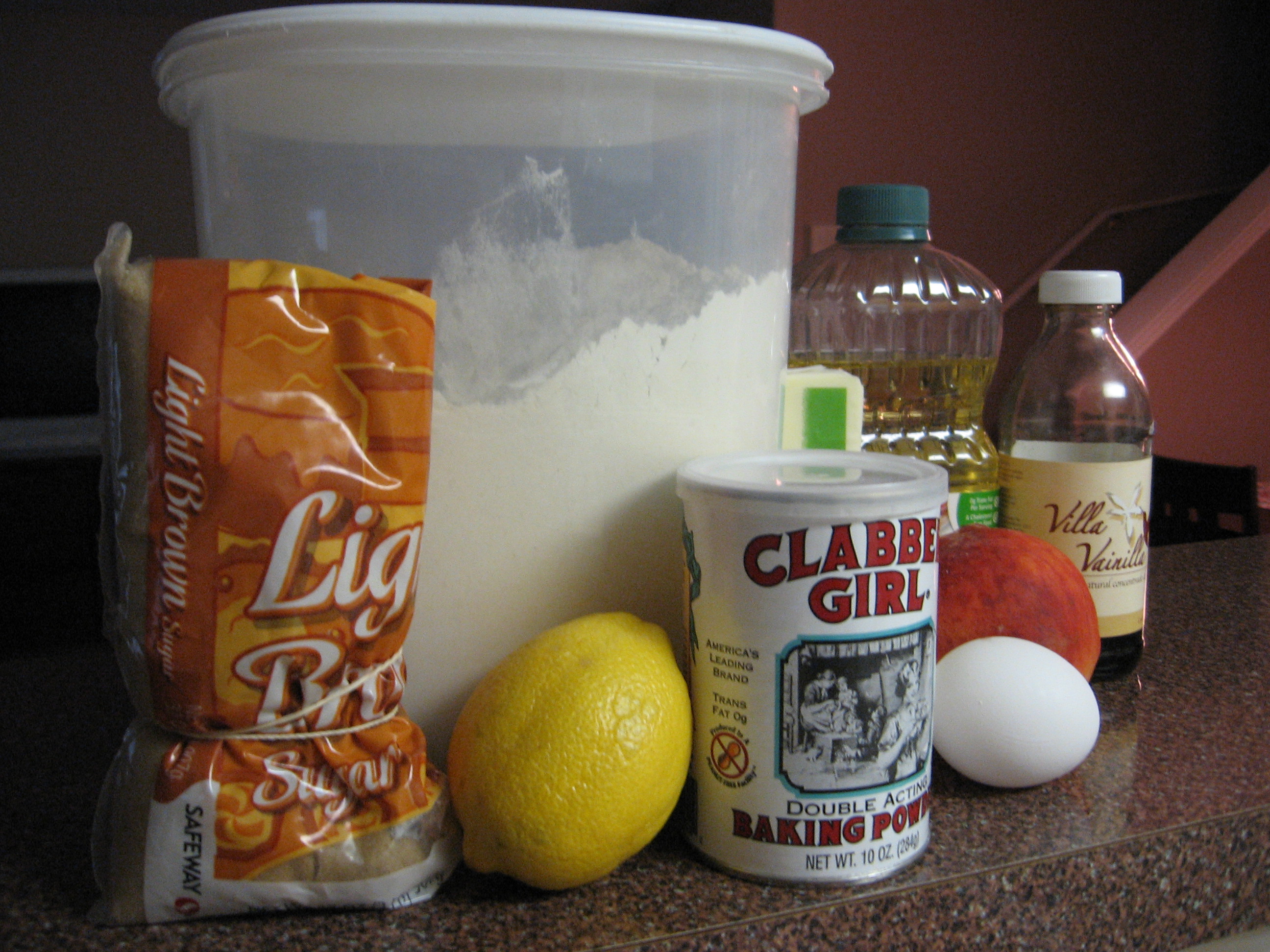 I had some peaches leftover from an August trip to Michigan, so I peeled a few of them in preparation for the cake. About halfway through I decided that was dumb and left the skin on many of the peach halves. Both were fine, though if I were trying to impress my dinner guests I’d probably peel the peaches. The other eater in my household, my father and I did fine with the skin on.

Dorie’s margin notes recommended that I add a little fresh basil to the peach cake batter, but I forgot about that  early on and threw in some dry ginger. Then, at the end, I added the basil from my window box, cursed because it was at that moment that I remembered the ginger, and went on with the baking.  I have to be honest: it was pretty darn good with both the flavors. 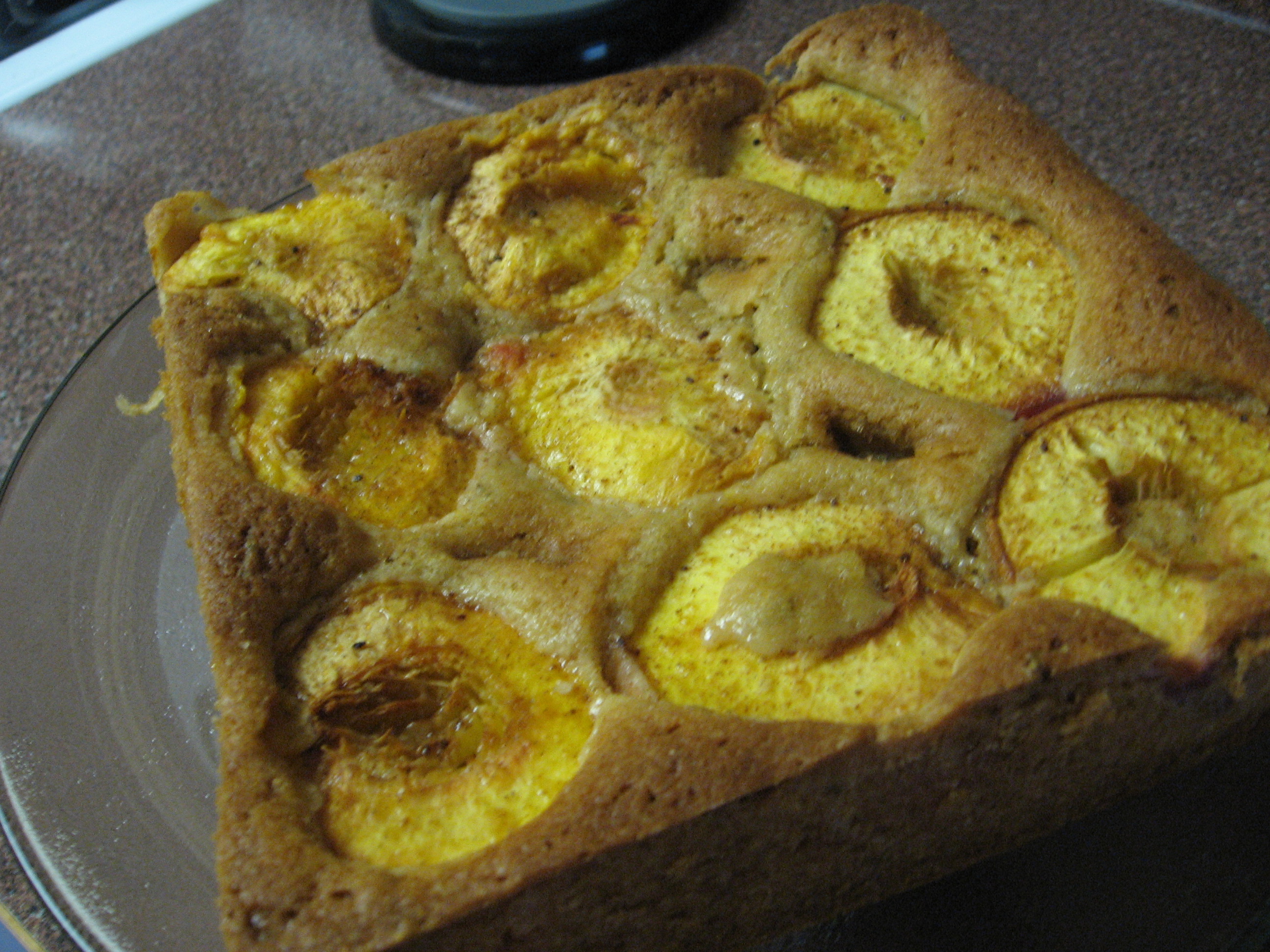 The cake was fluffy and savory – not at all sweet – and perfect for the late summer days when the sun goes down a little earlier than you would like and the temperature is just beginning to drop below 70 degrees. Topped with some vanilla ice cream, the cake is practically irresistible.

My only problem was how to store it. I put it in the fridge to keep the fruit from spoiling, but that soggied the crust that had baked on the top of the cake. Keeping it out on the counter in a cake dome when have fermented the fruit within days. I hate to think this is a dessert I have to polish off in one sitting!