Maybe that’s why the other eater in my household wasn’t so much of a fan: It offended his Italian roots.

I however, enjoyed them very much all week for lunch. He would argue it’s because I’m not real Italian. Just Sicilian. And I would remind him that this Sicilian prepares and serves all of his meals. Or that we have loveseats, not full couches (“Short couch. Long husband.”).

I found the meatballs in this magazine while I was waiting to have my hair cut, and I stealthily ripped the recipe out of a magazine.

Yes, I felt guilty. But it wasn’t the first page that was missing from the magazine, so I didn’t feel too guilty.

The meatballs seemed healthy because they were made with mostly turkey meat (I used a tray of ground turkey and some leftover bulk ground sausage from my freezer) and they didn’t have any cheese, eggs or breadcrumbs that most Italian meatballs use to bind the meat together. Also, these had a red grape in the center, like the Tootsie Roll center of a Tootsie Pop. Finally, the salad made use of the fresh basil I had in the house and was dressed with just lemon juice and olive oil – not a fatty, creamy dressing. 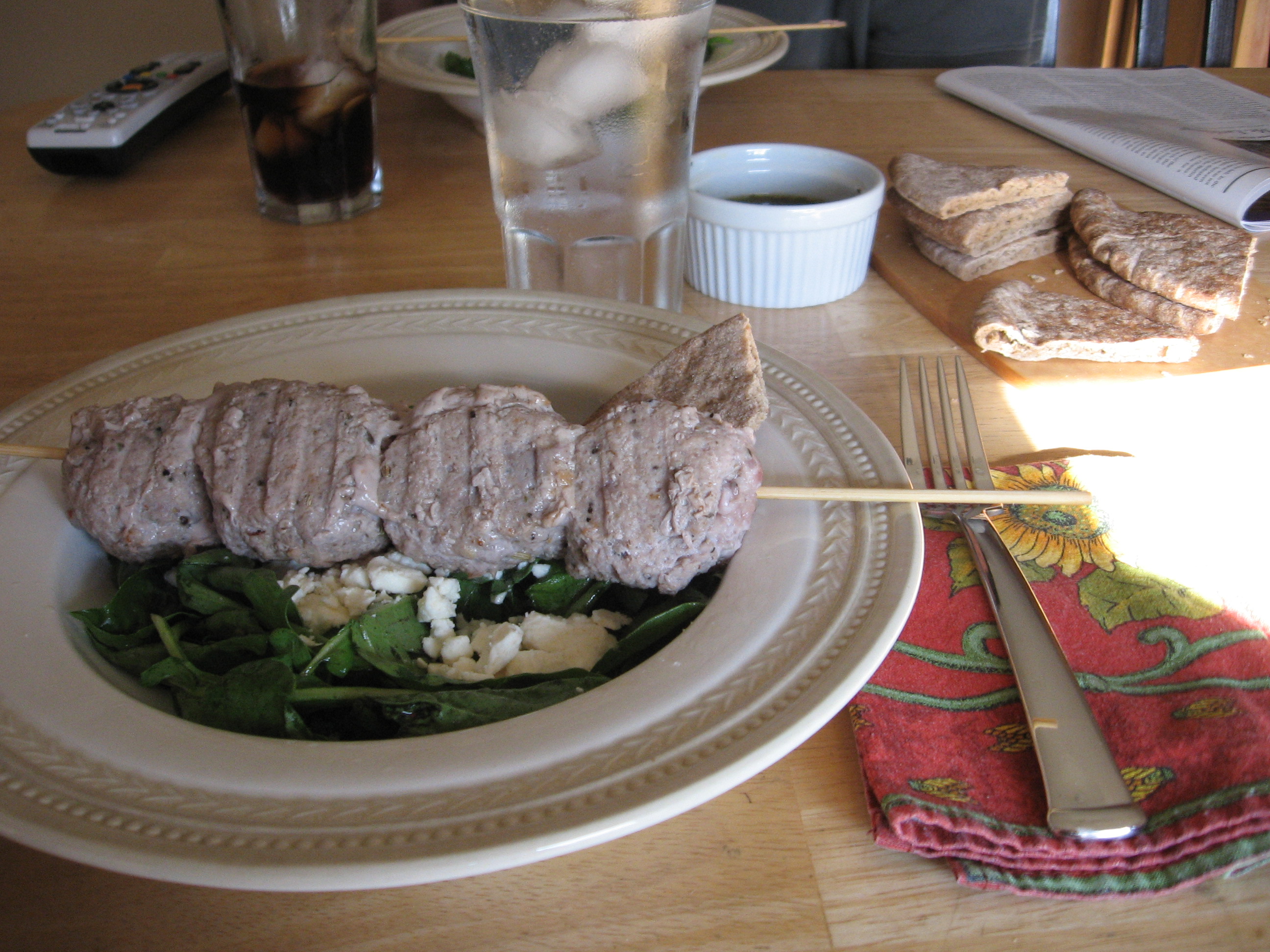 The meat was tender and well seasoned, and the warm grape in the center was a nice surprise – sweet to counter the peppery salad that held the meatballs. The arugula salad was overly peppery for my taste, but by the second day of leftovers I had to cut it with some fresh romaine lettuce for bulk and that helped a lot. Also, the warm meatballs made the feta cheese I used a little soft, which I liked. I served it with some nearly-stale pita bread and some seasoned olive oil for dipping.

The other eater in my household, however, ate the meat around the grape like a baboon in the zoo, and then ate the grape last. Considering that his objection to his sister’s favorite Salad Nicoise is that it’s not “mixed,” his efforts to separate the grape from the meat surprised me.

I’d make it again, through. It’s a nice summer protein without being necessarily a heavy meal, and it’s a nice use for the basil I frequently swipe from Dad’s garden.