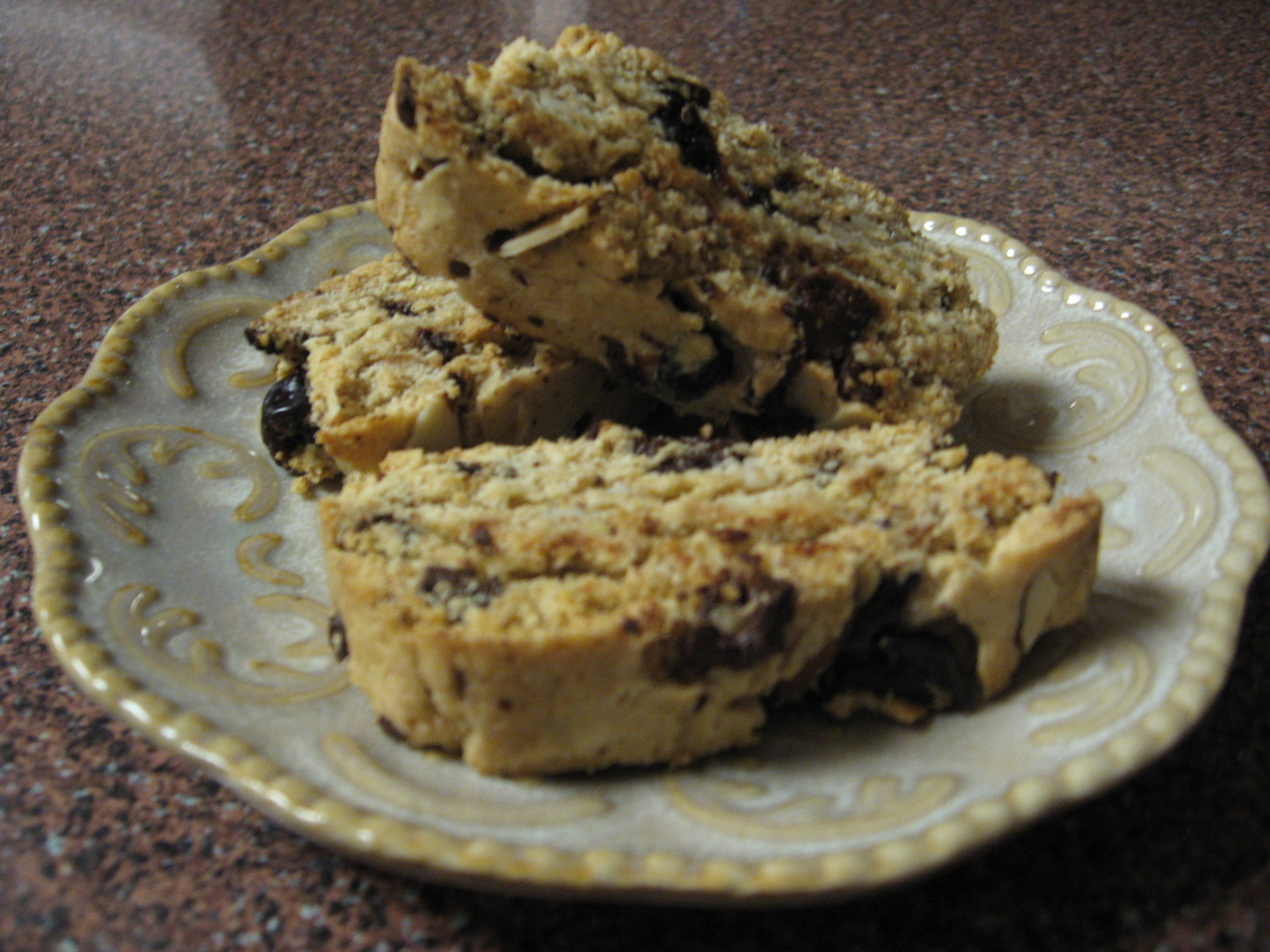 Here’s the problem: too much stuff!  The whole wheat flour added a certain depth in it’s own right, so then mucking it up with dark chocolate, tart cherries, orange zest AND nuts was just a little much for me (but others may like it – you’ll find the recipe here).  Of these flavors, I found the orange overpowering and not good for dunking these cookies in coffee.

To top it all off, the cookies were a mess to slice!  The outside baked WAY faster than the inside, and so while I was slicing it the inside was sticking to the knife while the outside was chipping off large chunks. I sliced them pretty thick to make the best of it, but they were still pretty ugly at the end: the inside was more dense and darker colored than the crusty rims (even after the third stage of baking) and the rims were all jagged.  I didn’t care to put them in many of my holiday dessert trays.

And so it is that I am withdrawing from CEiMB. I’ve enjoyed the challenges and the interaction with other blogging cooks, but I’ve disliked too many of the recipes to continue with this experiment.  Good luck to all of the other home cooks who will reap the health benefits of Ellie’s creations.