I took a stand this week, and it did me no good.  I ended up with really dry mini-cakes.  Though they were exceptionally cute. 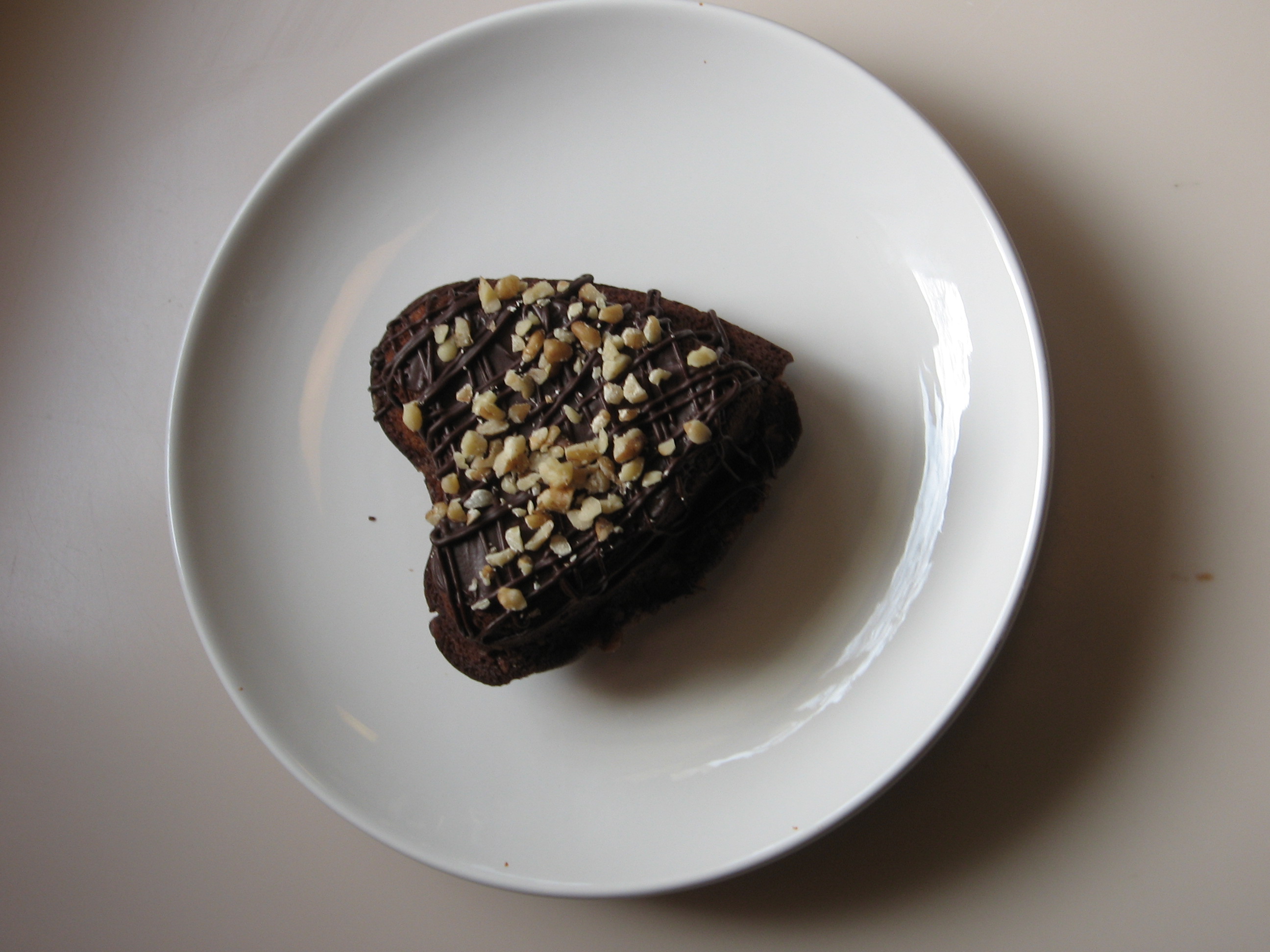 On principle, I refused to go out in cold and snow just to buy whole milk for the fraction of a cup this recipe called for. I used the skim I had in my fridge. And that was a mistake.

The cake was delicious, but it totally needed a big glass of (skim) milk to wash it down, as well as a plate to catch all the crumbs that came off in big chunks.  I had pieces breaking off around the delicious walnut-cocoa-sugar swirl. I hoped that piping the melted-chocolate-and-corn-syrup glaze over the top would help – and it was delicious – but the cake remains drier than I would like. I think the fat from whole milk would have made a world of difference.

The Other Eater and I split the valentine treat above for breakfast on Sunday, and the rest went to a baby shower I co-hosted Sunday afternoon. I few made it home from that, but they remain uneaten in my beautiful cake dome four days later. That can’t be a good sign.

Thanks to Kristin from I’m Right About Everything for choosing it.