Dorie says this is a basic, but sometimes simple is best.  This recipe was a hit in my house and at a New Year’s Eve party (but many at the party were feeling no pain by the time I pulled out the dessert tray, so who knows).  I reserved a few for personal consumption in the days following the party, and they were GREAT with champagne. 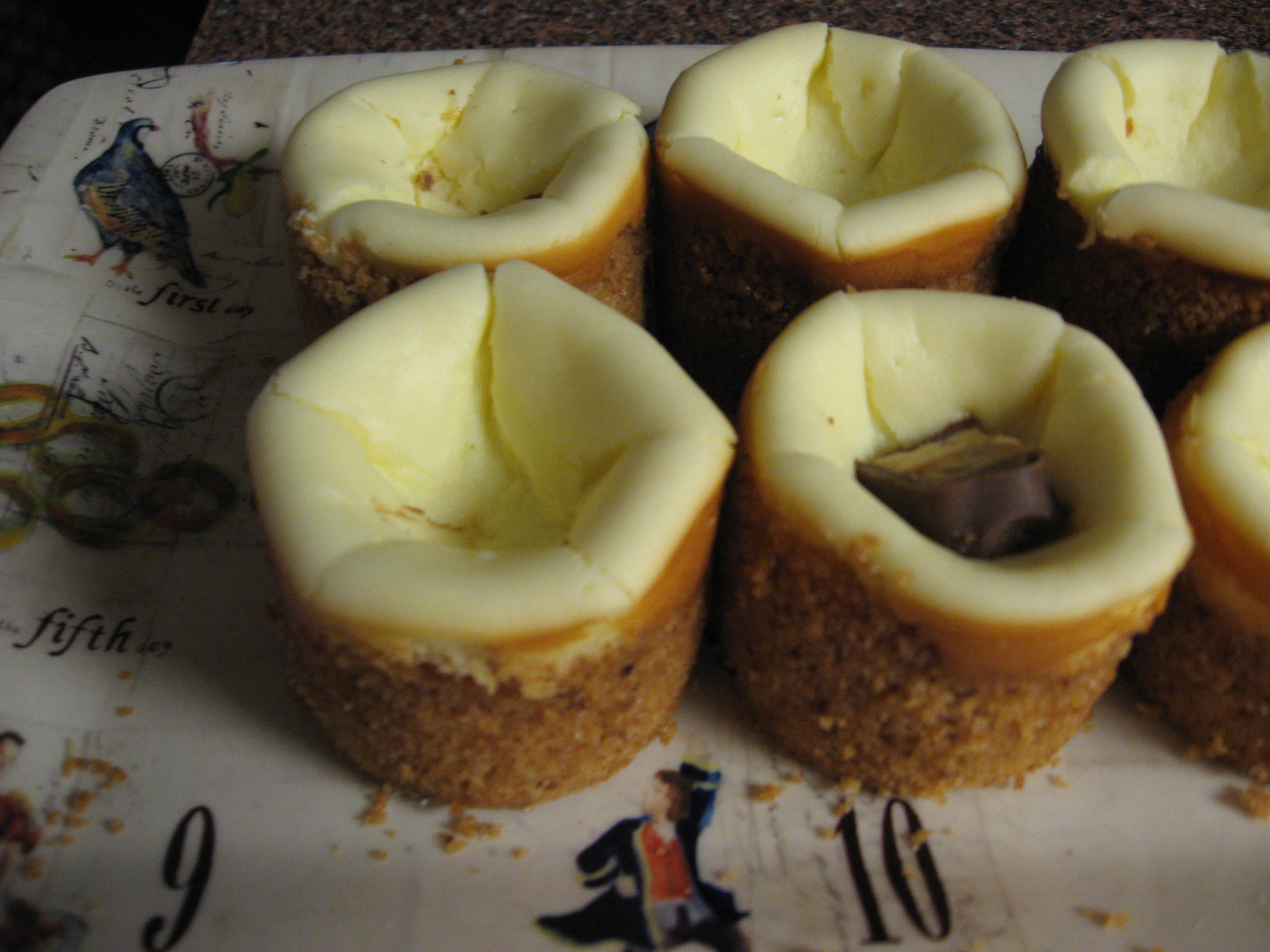 Rather than bake one huge cheesecake I used a mini cheesecake pan and made nearly two dozen bit-sized cakes.  But since I used a lot of crust for these cakes I still had enough filling left over to pour 12 mini pies (you know the little ones Keebler makes and sells in boxes of 6? I had some in my pantry from a summertime key lime pie experiment) and to pout a bit of the batter down the garbage disposal. If I do this again, I’ll double the recipe for the crust.

Because I used the mini cake molds, I didn’t get to wrap them all in foil and bake them in a water bath, and that was just fine.  The cakes still turned out light and creamy after about 25 minutes in the oven, though the edges rose considerably more than the centers. I filled a few of the holes with pieces of a Snickers bar and (even though the NYE host mocked me for that) I thought it made for a nice tray.

The only thing I did to change Dorie’s tried and true recipe was to use store-bought almond Biscotti for the crust, rather than the graham crackers, ginger snaps or chocolate wafer cookies that she recommended. I loved it that way.

You can find Dorie’s recipe at AnneStrawberry. She turned her cheesecake into a peppermint bark treat that looks very festive.