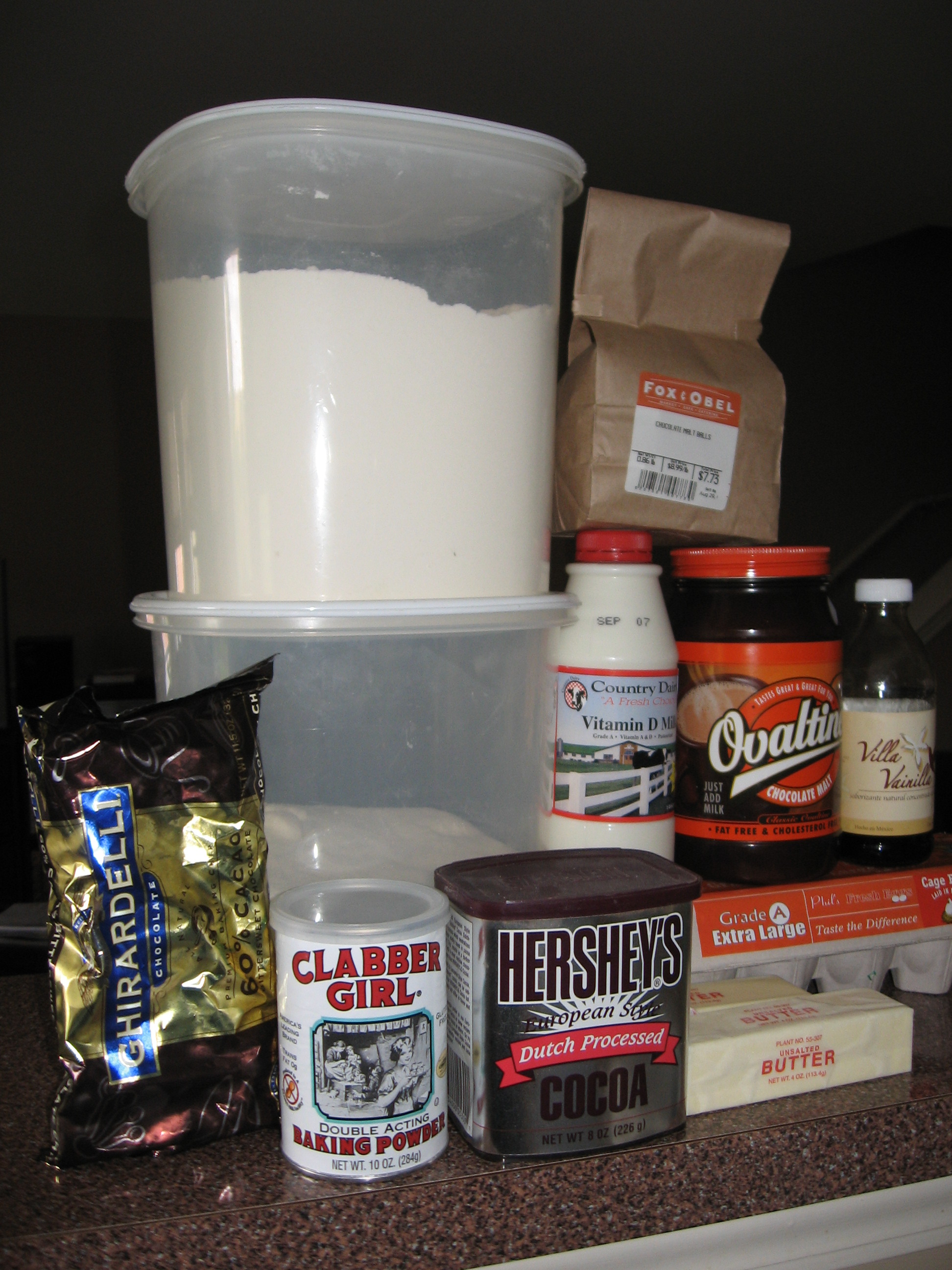 First problem: I could not find the recommended malted milk powder in any of the three markets I visited. I used chocolate Ovaltine and it seemed to come out ok, but now I’m not sure what to do with the other 17.5 oz. of mix in the Ovaltine canister.

Then, I had the Whopper dilemma. I ended up buying bulk milk chocolate malted milk balls from an upscale grocer I visited near my office while searching for the malted milk powder, and I think they were a huge bonus to the final product. Far better (and also more expensive) than the box of stale Whoppers I bought at Bed Bath and Beyond a few days later while I was looking for a new mildew-resistant shower curtain.

Would you believe I even got the other eater in my household to help chop the Whoppers? I spent a few minutes bagging the bag of candy with a stainless steel spoon, and nothing broke! Not even a chip! So I had to individually cut the candies into quarters with a paring knife. I think the fruitless banging The Other Eater had to endure won me the sympathy vote and we chopped candy side by side. I am proud to report that no blood was lost (unlike the bloody cheese incident of 2004) on the Whoppers and that we remain friendly.

Finally, the whole milk. I used 1/4 cups. I have a lot more in the fridge. I’m thinking quiche is in order this weekend. 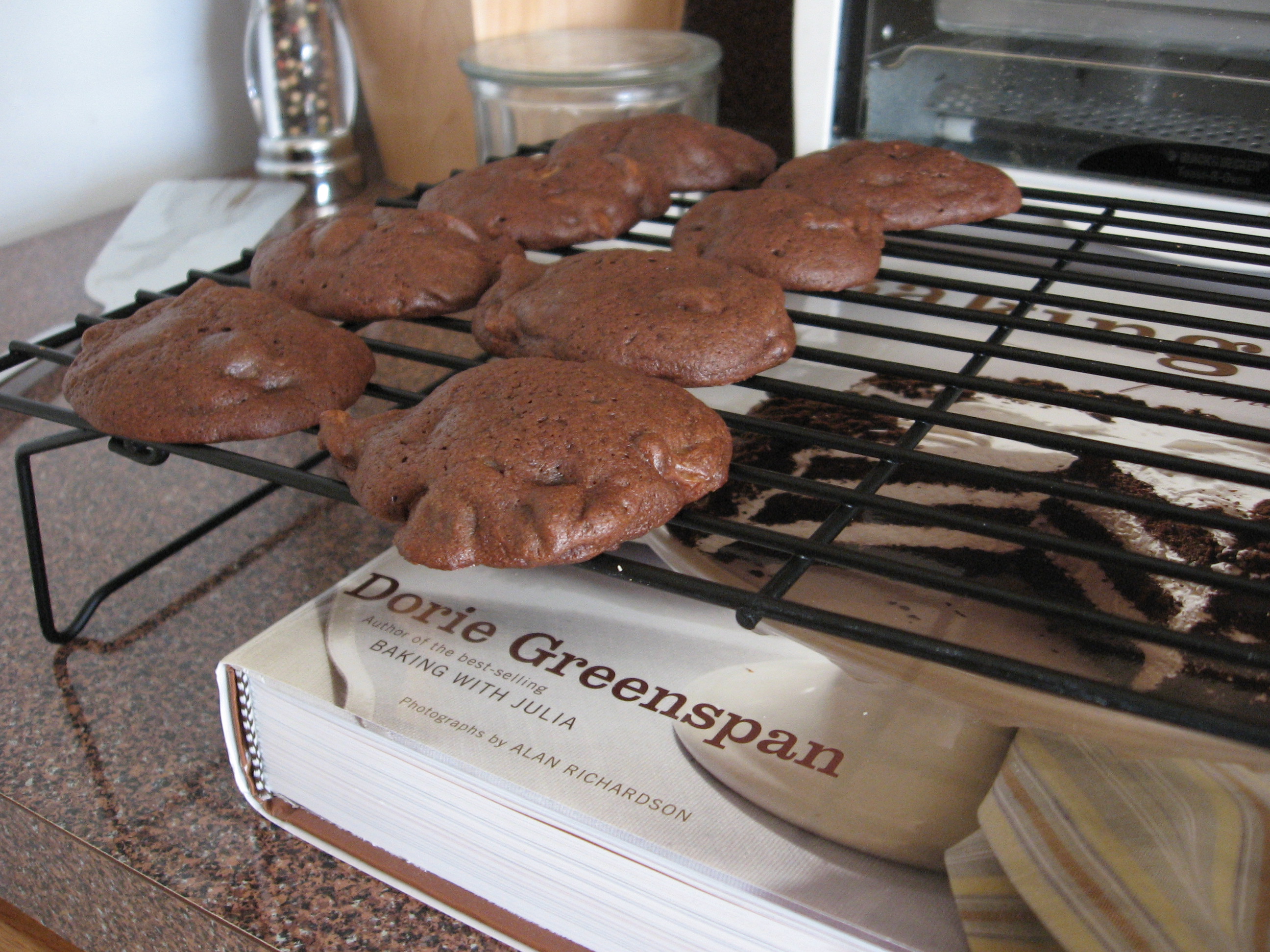 But, the cookies turned out soft and cakey and perfect with a glass of milk. I’ll totally make them again for a chocolate lover in my life. Any takers?